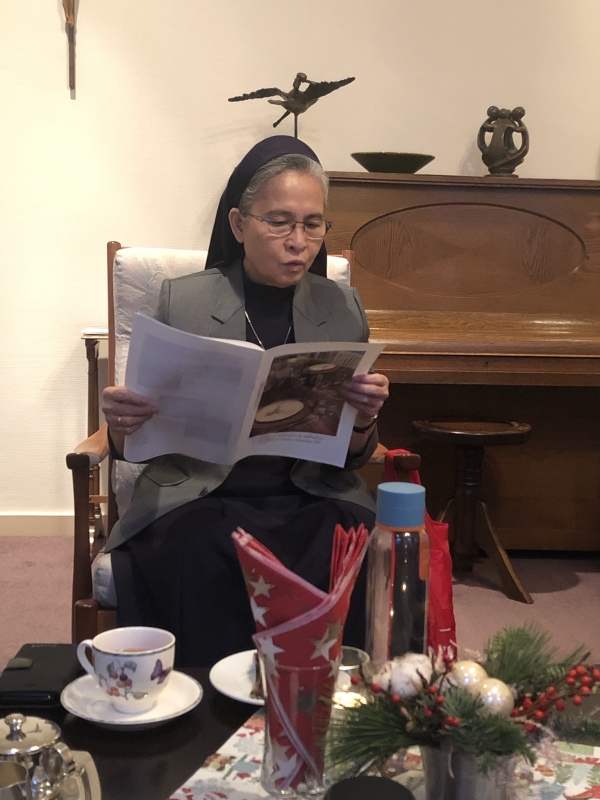 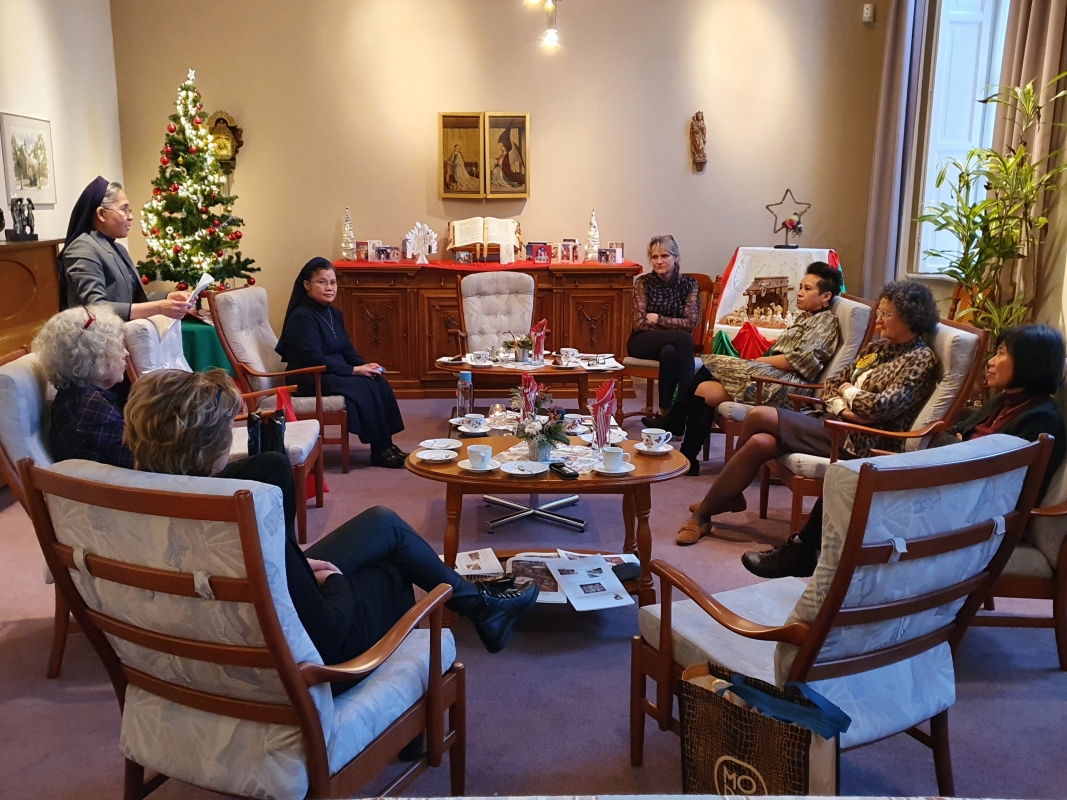 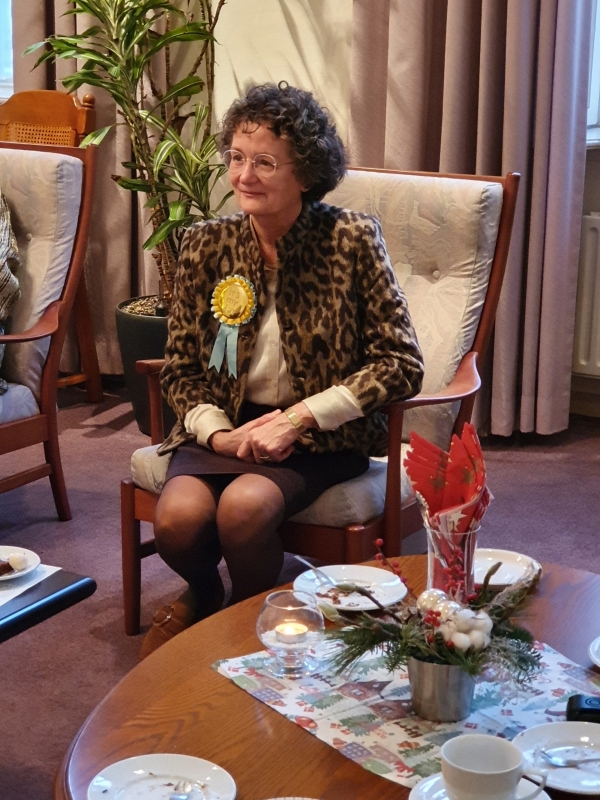 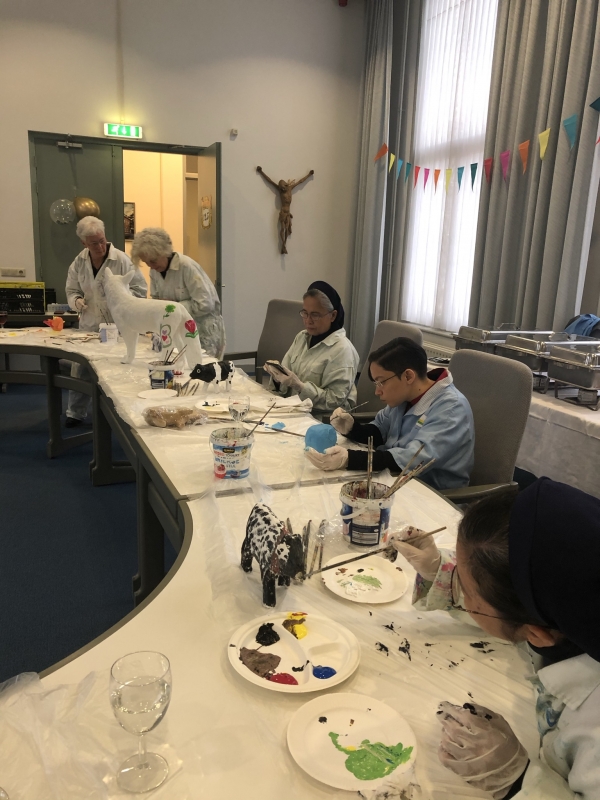 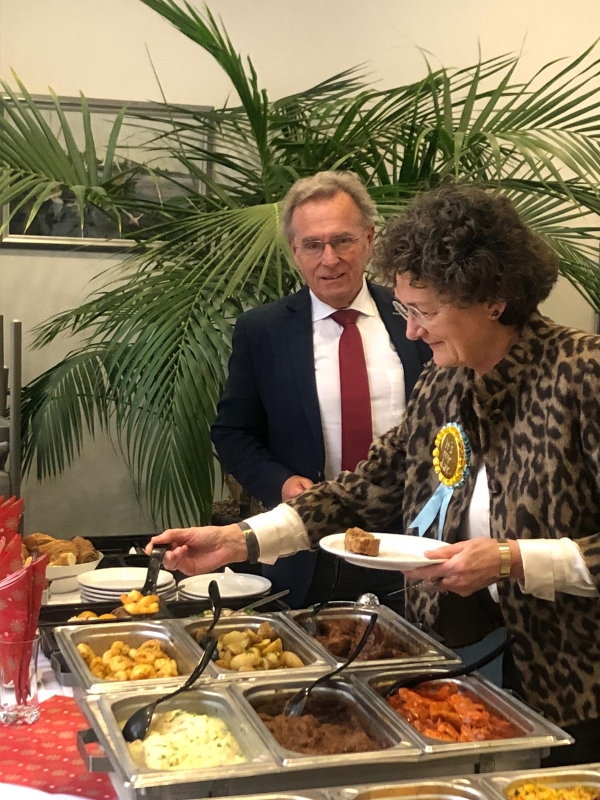 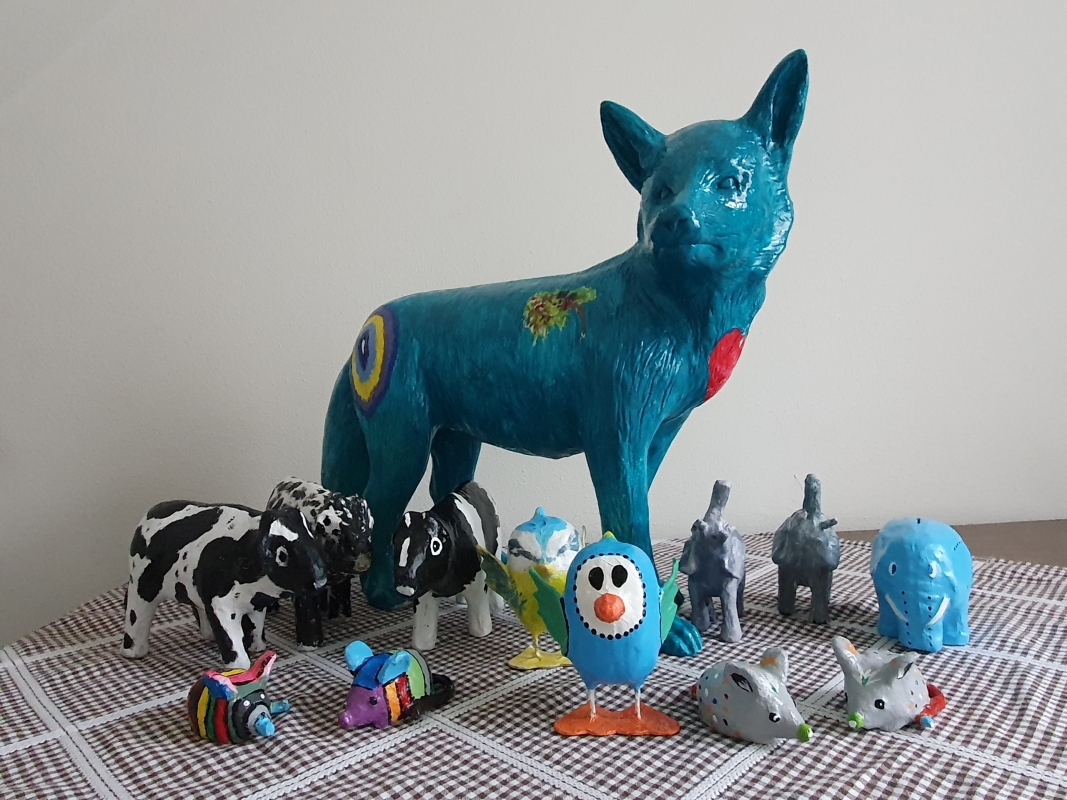 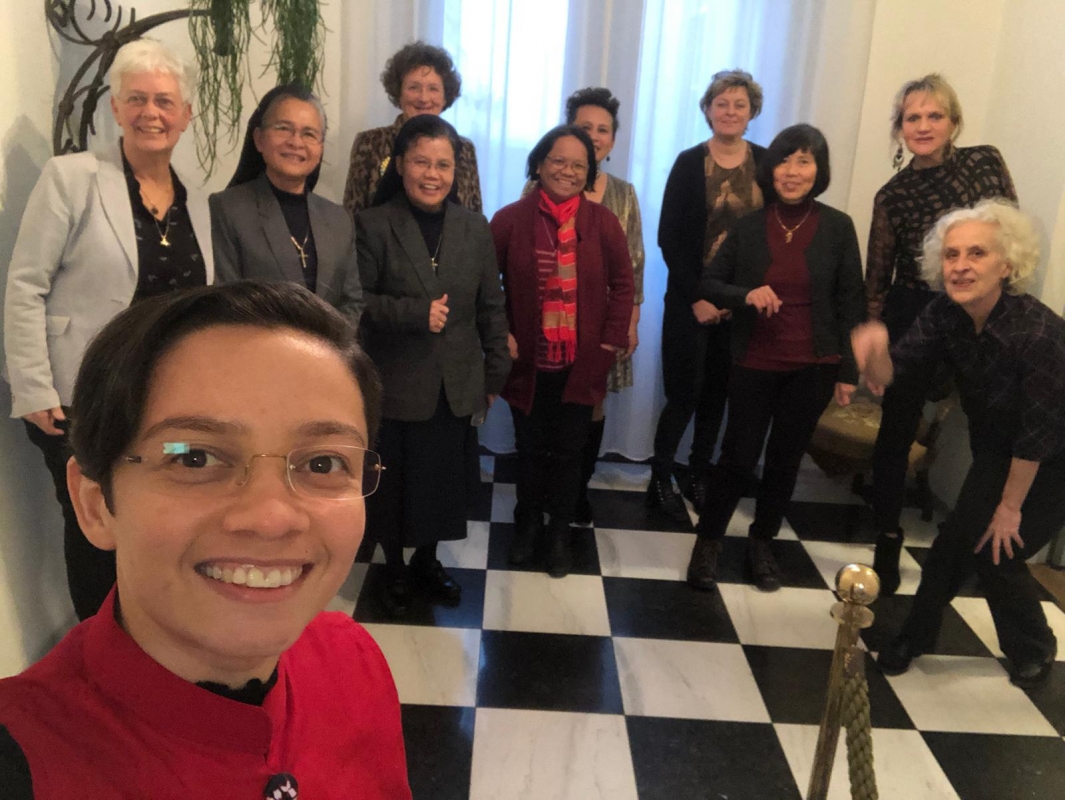 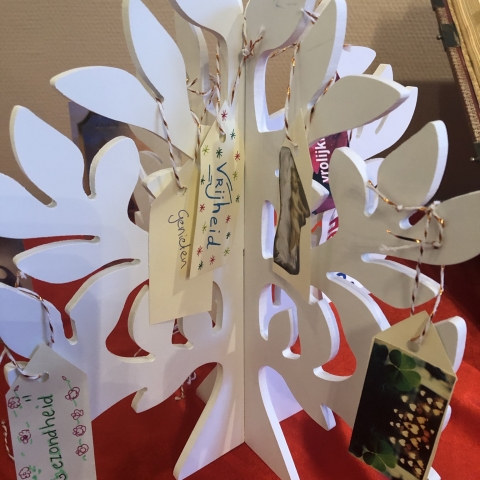 It may have been a few months ago, but we still would like to tell you something about our Christmas celebration in the Generalate. It was the last day of the year that everyone was present. We had a good time together. The day started in a moody way with the Christmas story of the fourth wise man who missed his three colleagues at the meeting point and then spent his entire life looking for Jesus. At the end of his life, the wise man realized that he had met Him several times. A special story in which everyone found recognition.

Our Christmas celebration was also dominated by Karien's 12.5 years of service. An artist was invited to mark the occasion. He had brought large overalls for all of us which we put on with great hilarity. He had also brought all kinds of paper mache animals that could be painted. It became a colorful spectacle, especially when everyone was asked to paint something on a large fox that would later be given to Karien as a gift.

After painting it was time for lunch. Due to corona, only Karien's husband was invited. There was a well-kept buffet where everyone could find something to their liking.

Satisfied, everyone could then start a well-deserved Christmas holiday. 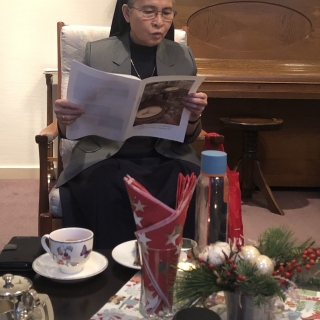 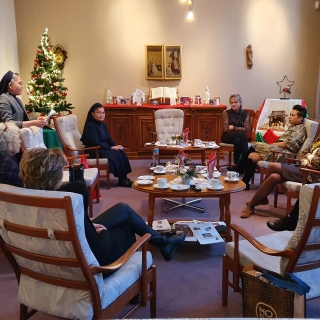 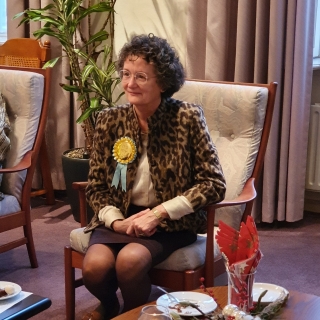 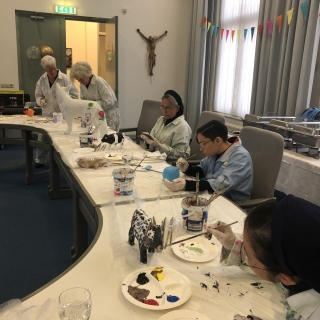 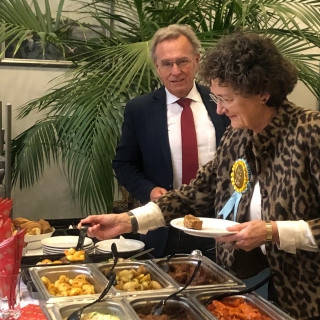 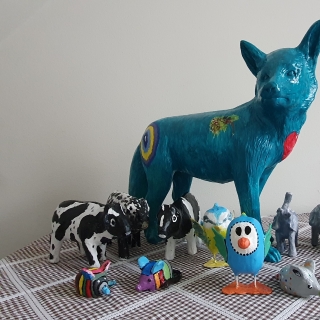 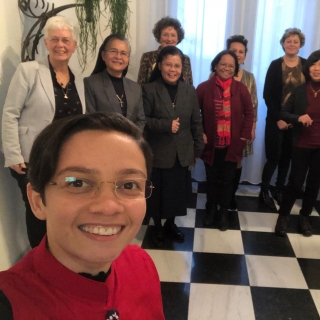